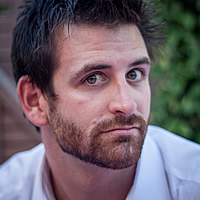 Adam was born by the ocean, in Perth, in Western Australia, and grew up loving all the things you can do on the water. He started sailing as a child, which soon became his biggest ambition. After finishing high school he started University but deferred his studies for a few semesters to fulfil his dream of becoming a professional sailor. From 2006 he travelled all over the world to participate in many major sailing events, such as The World Match Racing Tour and the Americas Cup World Series. While travelling, he fell in love with both Europe and the European lifestyle, so soon afterwards a permanent move here was certain.

Although Adam was based in Budapest in Hungary for two years, in 2010 he set foot in Munich for the first time, immediately falling in love with the city, and even before visiting the Oktoberfest! Deciding to stay, he found a place to live, a way to deal with German bureaucracy, his first lederhosen, a Bavarian girl and a passion to show people from all over the world his new home. Shortly afterwards he settled permanently here and began to work as a tour guide. For the last 9 years Adam has been working full time as a guide, not just in Munich but also around the beautiful state of Bavaria. Taking tours to places as close as the Dachau Memorial Site, at which he achieved full memorial qualification, but also as far away as Neuschwanstein castle, which became Walt Disney's inspiration for the legendary Sleeping Beauty fairy-tale castle.

In 2014 Adam and Marcin decided to take their love of the city of Munich one step further and opened their own tour company, InMunich Tours. Adam’ s promise to you is to offer the best of Munich's history and the many things to see and do within the city. Regardless of how long you are staying in Munich, you will know where to go, where to eat and what to do with his help.

Adam is not content with just being your average guide, he is also here to be your friend InMunich, to show you all the sights, sounds and pleasures this magnificent city has to offer!

Of all the reviews Adam has had in the last 9 years all over the internet, these sum up not only his professional approach to some very difficult history, but his passion for Germany today.


Excellent tour, highly recommend!
...Adam was an excellent guide, full of detailed information, passionate and extremely knowledgable, extremely friendly while looking out for everyone, excellent tour throughout.
Review by Catherine B / TripAdvisor

Dachau Memorial Site Tour
This tour was a must during a visit to Bavaria. Our tour guide Adam from InMunich couldn't have been more knowledgeable. There wasn't a question he couldn't answer - most impressive! He paced the day beautifully and gave us a top-notch tour. Highly recommended.
Review by Kathleen K / Viator

Unforgettable experience
Adam far exceeded my expectations. His knowledge of the history of the camp and even stories of some of the survivors was incredible. As hard as some of the things were to learn I felt Adam did a great job in capturing the history while also being respectful and sensitive to what happened there.
Review by alycemiller6 / TripAdvisor

Dachau Tour
I was impressed with the amount of information that Adam had to share with our group. He was very knowledgeable about the subject and enjoyable to listen to throughout the tour. Very helpful in answering questions and providing some flex time to explore on our own throughout. We frequently passed by other tours and from what I could tell I had picked the best guide on the subject. Friendly, informative and always able to answer questions.
Review by Burt W / TripAdvisor

Fantastic Tour and great knowledge of the City of Munich
We have just completed the Munich City Walking tour with Adam. He was a briliant host and his knowledge of the city was amazing. The tour was well organised and he gave us a great insight into the history of Barvaria. We would highly recommend the walking tour if you visit Munich.
Review by GARY L / TripAdvisor

Dachau Concentration Camp Tour
...Adam gave us a full on tour of this concentration camp!! He told us much more than I will ever remember and tried to take all the information on board. This man's knowledge of this place is undeniable! The group asked him questions all day and 99.9% he answered straight away! If you are interested in WWI & WWII history, Dachau (And Munich) is a place you must visit to get an insight into WWII history and how it started and the effects this place has on the world and people today.
Review by Lala_Tink2008 / TripAdvisor